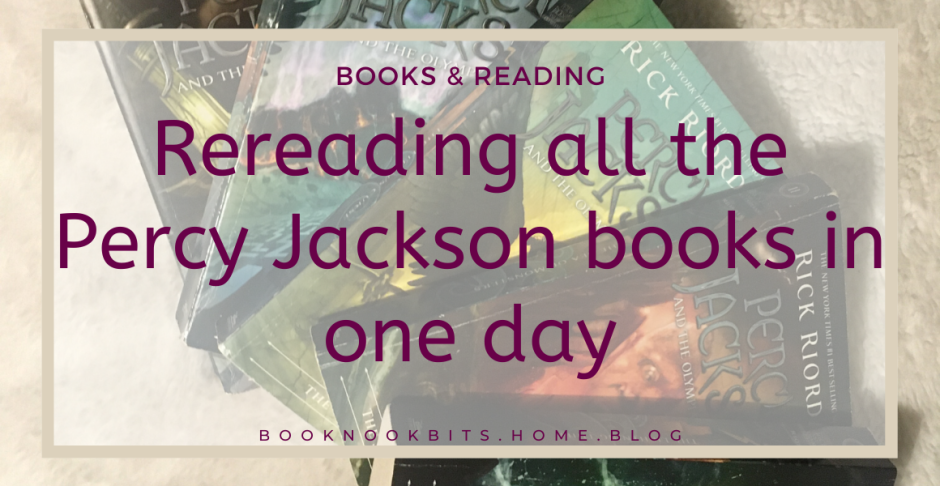 Hello everyone! I’ve been reading quite a bit in the last week, and I was even planning on doing attempting a 24 hour readathon on Tuesday. However, I woke up late, and was really tired, so I went back to sleep and ended up sleeping for another hour! When I woke up again, I didn’t really feel like reading for a full 24 hours, so I figured, why not just reread the whole Percy Jackson series. (‘Cause I’m logical that way.) Anyways, it took me about 12 hours, but I read all five books, which was honestly really fun! Anyways, below I’ve written my favorite parts of each book, and then attached some pictures of quotes I enjoyed. I also put in some pictures of my pets who visited me throughout the day! Happy reading!

also, there are spoilers for the first five books here, so if you haven’t read the series, beware

Favorite moments of The Lightning Thief:

The Sea of Monsters:

Commentary on parts of The Sea of Monsters

Great stuff from The Titan’s Curse

Battle of the Labyrinth:

Stuff I liked in The Battle of the Labyrinth:

What I enjoyed in The Last Olympian:

Have you read the Percy Jackson books? What are some of your favorite parts? Should I do this same sort of post for the Heroes of Olympus series? Chat with me in the comments below!

13 thoughts on “Rereading all of the Percy Jackson books in a day | no I’m not crazy, I just love books”